Sailing is yet to reach a professional level in India, but it is slowly picking up. For instance, there are local sailing clubs that are promoting the sport among local youths and schools. One such instance is a club by the Krishna River. Located in the state of Andhra Pradesh, it is an effort made by the tourism department of the state to promote the club as a venue for water sports.

Located in the city of Vijayawada, it is a great venue where sailing sport buffs can get a glimpse of some action here. The club is known as the Volga Sailing Club. This club has been floating different vessels by the river banks of Krishna and they cater to both professionals as well as recreational sport enthusiasts. END_OF_DOCUMENT_TOKEN_TO_BE_REPLACED

Ben Ainslie and his crew are practicing sailing under tough weather condition before the America’s Cup. 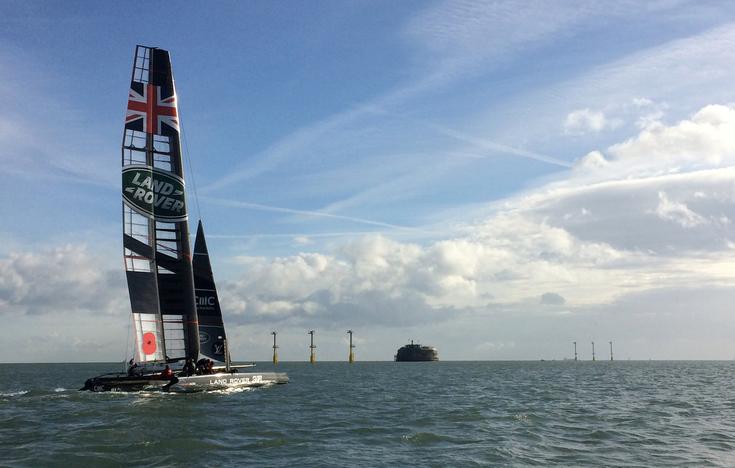 The view of the match was like Ainslie is busting his gut in the quest of the cup. Who knows what will happen in the championship but, when practice is tough then there are always a positive hope.

Cold salt water showers on Ben Ainslie and his crew as soon as they enter “flight” mode. There catamaran ropes and hulls creak and groan when it was out at sea and in the hand of Ainslie, but, it is not the hurdle that can resist Ainslie and his crew to practice sail. The catamaran that Ainslie is used for practice sail has long vast wings. The length of the wing is equal to the length of 737 aircrafts. Taking such long catamaran in sea for sailing is not easy task that could be done by any sailor. It is the sailors like Ainslie, who can handle it. It requires complete concentration, quick and accurate extensions to get things on right track. END_OF_DOCUMENT_TOKEN_TO_BE_REPLACED