Thomas Bach, who is president of ICO, was present at the Hempel Sailing World Championships, which is being held at Aarhus in Denmark. He was there for the Sunday event and he chatted up with the media there to talk about the future that lies ahead for Olympic sailing in Tokyo as well as technology in this world. 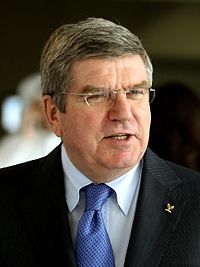 When asked about his expectations about the Tokyo Olympics in 2020 that are coming up at Enoshima, he stated that it would be a great competition for all the sailors to be a part of. It would also make sailing as a sport more enjoyable and popular. The technology that would be made available in Tokyo would also provide more opportunities to advance world level sailing. The fans would also be able to follow the competition much more closely.

In terms of organizational aspects he stated that there is not much to worry about since the World Sailing organization was already working closely with the Japanese authorities. The sports perspective would get stronger in the competitions and sailors would also get quality competition to take part in.

Regarding the World Championships in Aarhus, he stated that the event was great for the sailors who were participating; the atmosphere was akin to an Olympic village where competitors are at ease with each other. Also the program had been designed in a sustainable way that was heartening to find.